The History of Champagne 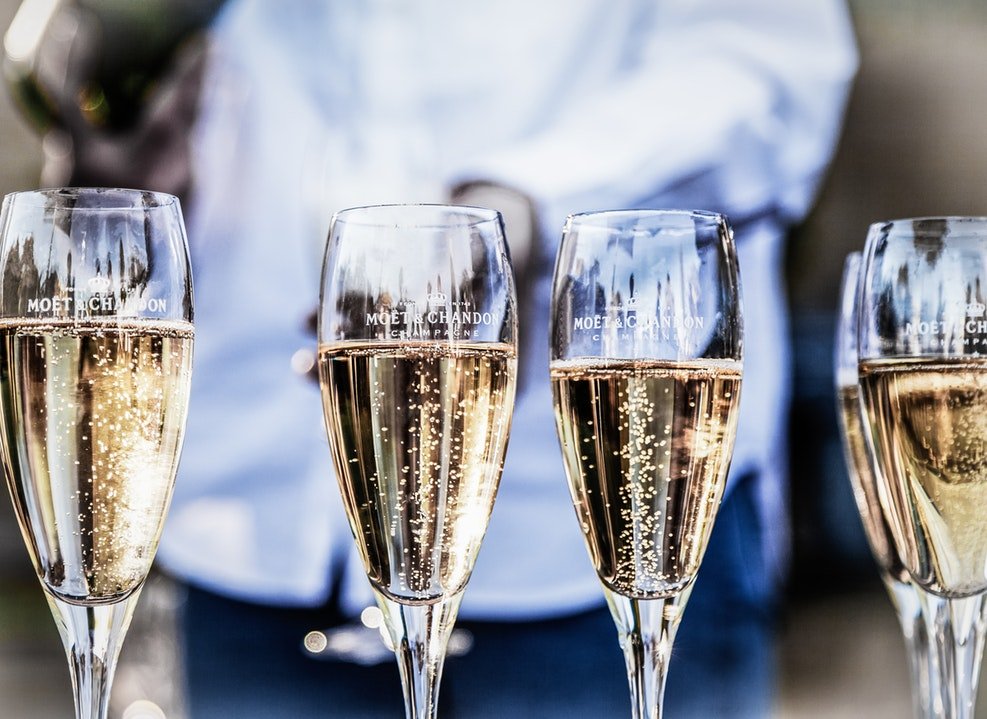 The History of Champagne

Before we look at the rich history of Champagne, our family produced Champagne may be of interest – you can see it HERE.

Champagne is most certainly the least understood of wines and also almost certainly the most protected, this applies equally to cheap Champagne, expensive Champagne, a fine Champagne and a luxury Champagne. In my opinion it is typically associated with the relevant occasion, such as a wedding or birthday, and so for this reason can be called the drink of celebration or happiness.

The biggest export market for Champagne is the UK and has been for some time, we consume close to 40 million bottles a year with a certain portion of those being Champagne presents through the postal service.

Champagne, or sparkling wine as it was referred to in 1676, was first discussed in that very year in England. back then they distinguished little between a fine Champagne and a luxury Champagne, it was of course just Champagne. Back then London loved the sparkling wine, although the producers were less impressed as they regarded the fizz as an inherent production fault. Back then they would ship still white wine to England in barrels immediately after the grape harvest, and once they thought the fermentation had ceased.

The wine in the barrels was unable to be kept for lengthy periods so the new season’s wine would be brought over as soon as they could. This therefore meant that shipping of the wine took place in the winter months, and the cold meant that no further fermentation would take place. When it got to the pubs however, the pub landlords bottled the wine, added some sugar and this saw the birth of a fine Champagne.

Champagne became popular very quickly in UK for two main reasons, the cork and also the bottle. The English produced much tougher glass bottles in this period, which meant that they were able to withstand the pressures involved in relation to the bubbles in the fine Champagne. England had a special relationship with Portugal at the time, which meant that they had a plentiful supply of cork, so it all meant that as far as drinking Champagne went it all fitted together rather nicely. 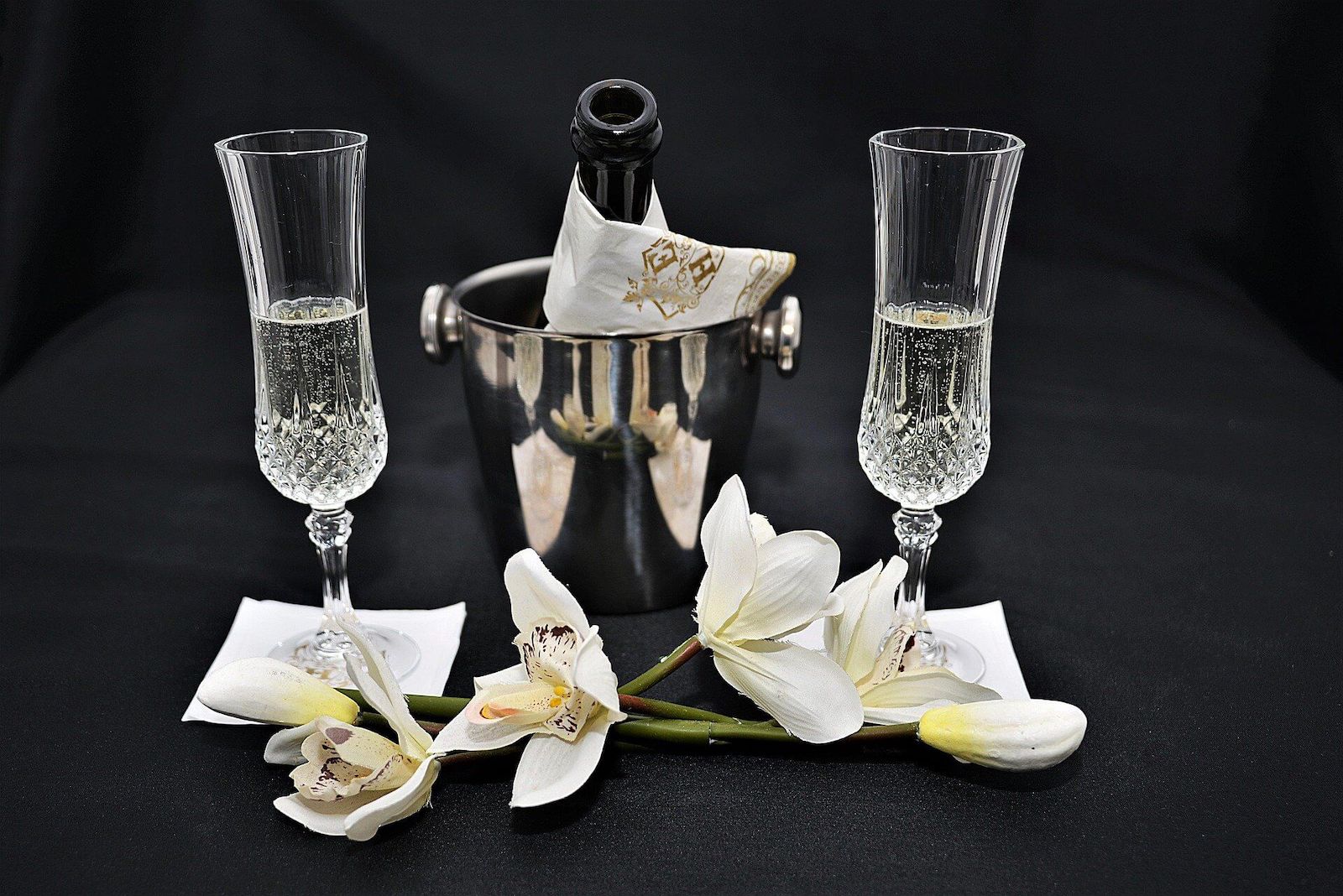 The demand for Champagne was increasing year on year in UK, however in France the Champagne houses were reluctant to bottle the fine Champagne, or sparkling wine as it was called back then as they were dead against it in principle. They labelled it the ‘Devil’s Wine’, and today it is classed as a luxury Champagne! The vast majority of the bottles exploded in the cellars during the second fermentation, as you can see the notion of Champagne presents by post was a little closer to reality in UK than in France in this period!

So having heard the history of how Champagne came about, what do we make of this Dom Perignon chap who was credited with being the ‘inventor’ of luxury Champagne as we know it today? We do know he existed, and we know he was a monk based at the Abbey of Hautvillers, this abbey was once very prosperous but had been sacked so frequently that it was in ruins.

Dom Perignon had been appointed as the business manager for this abbey and also with rebuilding the fortunes and the prosperity of the abbey. Wine production in the period was lucrative, so he decided to put two and two together and start producing wine. 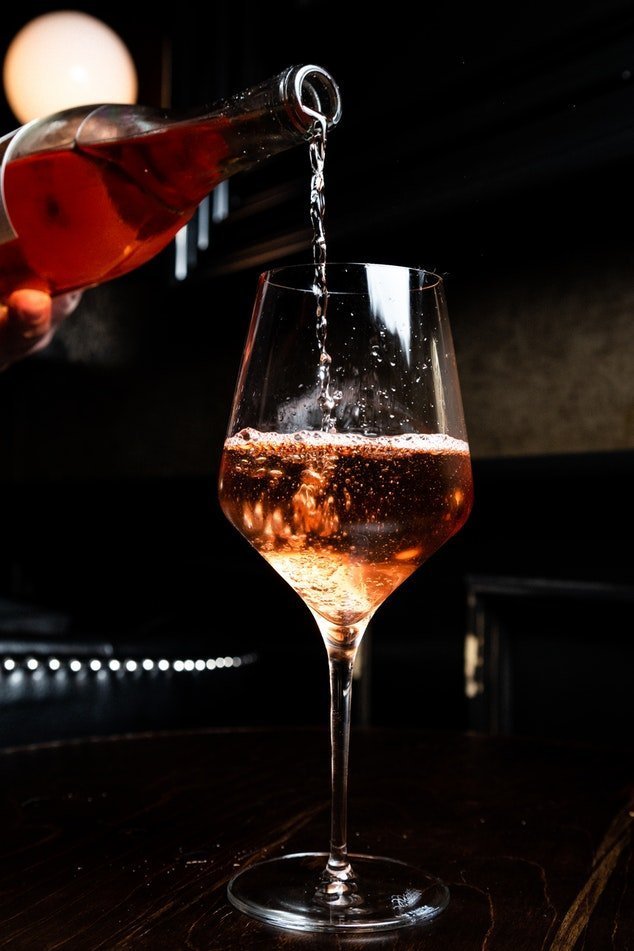 He wanted the finest wine, or the luxury Champagne that we know today. At this period sparkling wine was becoming increasingly popular in England, and like the other producers he saw the bubbles as a defect and spent a good 15 years trying to correct this defect rather than accepting it as a fine Champagne. When he finally gave up on the idea, his wine and grapes were massively superior to the other ones in vicinity. Instead of battling it, he accepted and embarked on production of the luxury Champagne we know today.

This, it could be argued is when the prospect of Champagne presents bymail became a possibility in France. So the inventors of Champagne were probably the English, Dom Perignon was the one who turned it from a standard sparkling wine to a fine Champagne by perfecting the process.

It didn’t take long after this for Champagne to conquer Europe, by now it was vastly different from the Burgundy wines. Rather than being seen as a defect, the bubbles in a fine Champagne were seen as being healthy, and as a possible cure for malaria. It was in this period when Champagne gained the opulent status it still has today as it became associated with royalty. 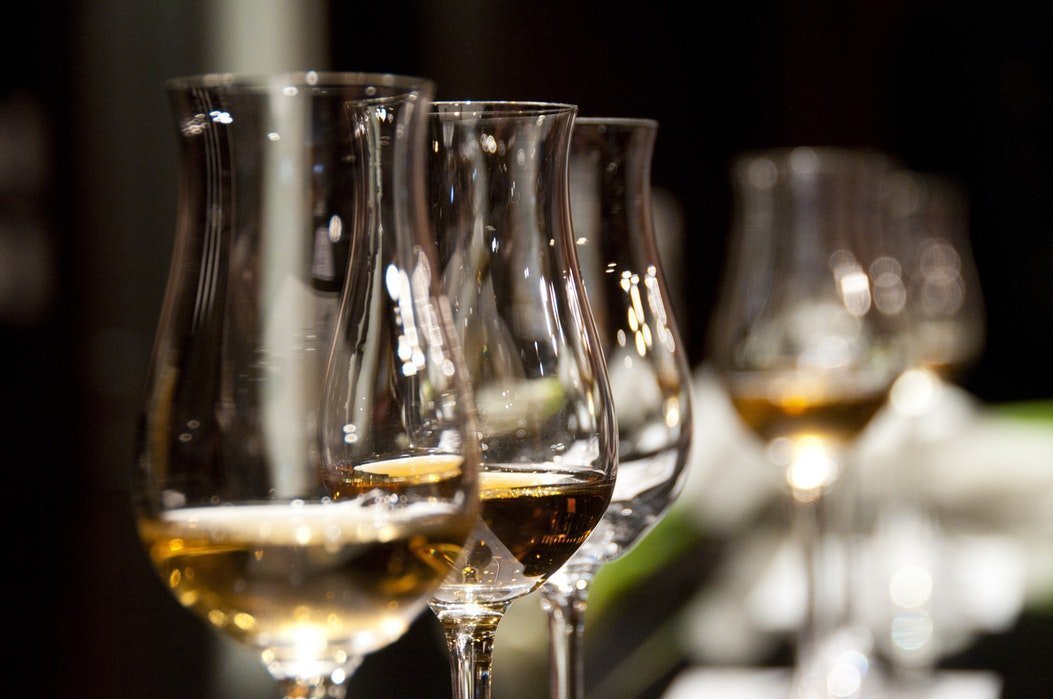 By the middle of the nineteenth century, both France and Champagne experienced a prosperous period as sales of their fine Champagne went through the roof. In 1800 only 300,000 bottles of fine Champagne were produced. By 1850 the production of fine Champagne bottles was up to 20 million. So as you can see this is when Champagne presents by post would have started simply due to the sheer volume of sales involved.

Today the appetite for Champagne continues to increase, with worldwide sales of fine Champagnes and luxury Champagne from the top Champagne brands increasing year on year. The yearly production now stands around 350 million bottles per year, although exact figures relating to Champagne presents through the mail are unclear. 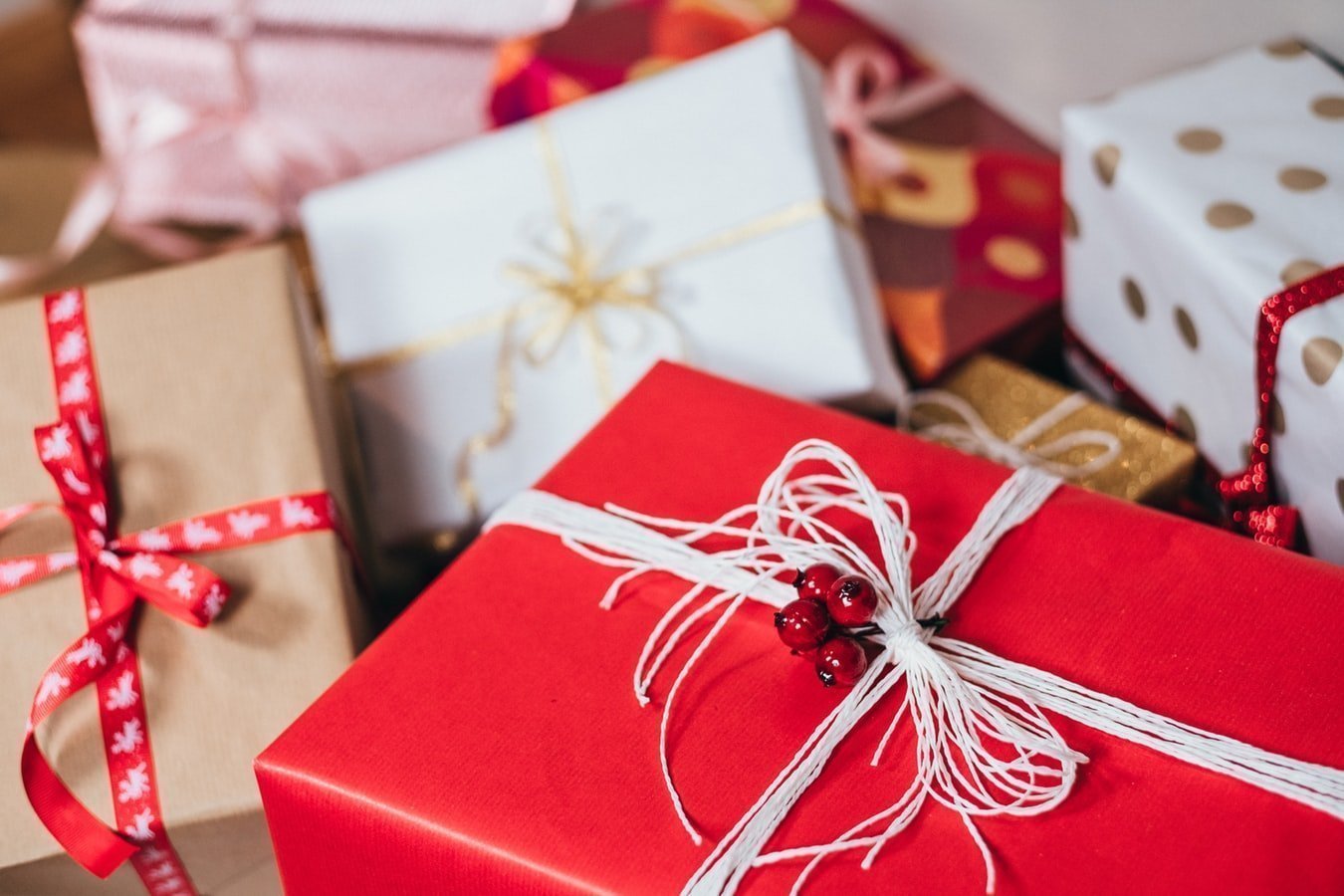 The actual cost of Champagne has stayed the same, or possibly reduced in certain cases. The duty associated with fine Champagne is higher than that of wine for example, which shows that chancellors still view a fine Champagne as a luxurious product. Often the major factor for people when choosing Champagne is price, is it a cheap Champagne or an expensive Champagne?

Image is also important, people will often pay more to be seen to be associated with a luxury Champagne. At Say It With Champers we have put a lot of research into our Champagne, what we offer is great value, so when you order Champagne presents by mail you can rest assured you are getting a top Champagne brand. 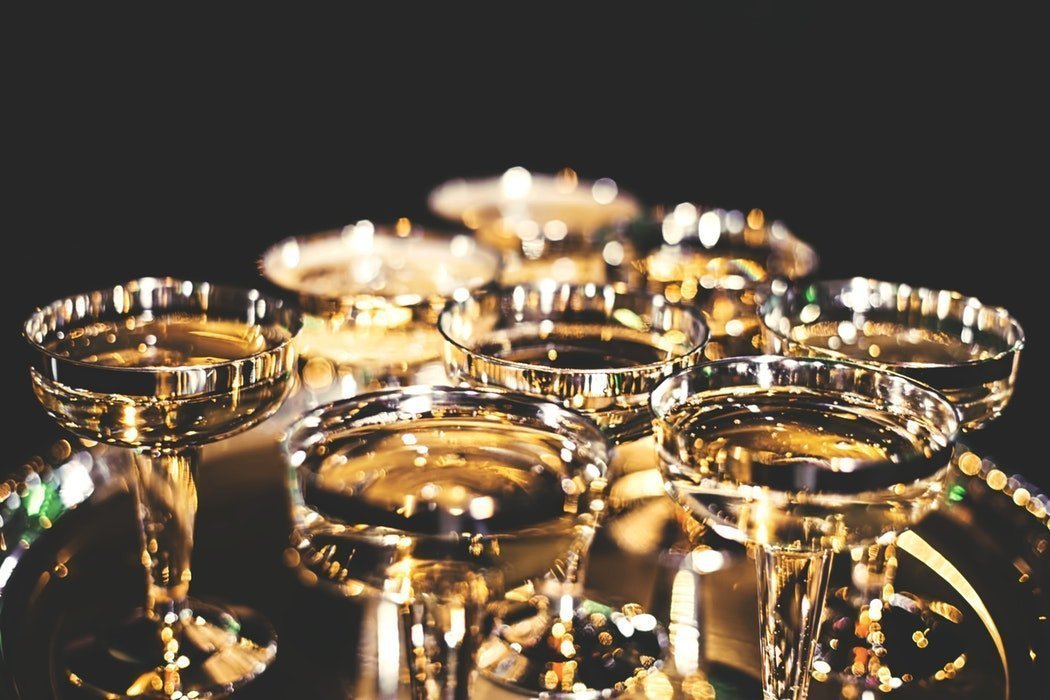 Surprisingly Cava is now drunk in more countries than Champagne, and sparkling wine from the new world countries is becoming increasingly popular. These drinks aren’t bad as such, but they come nowhere near the quality of a top Champagne brand in my opinion. 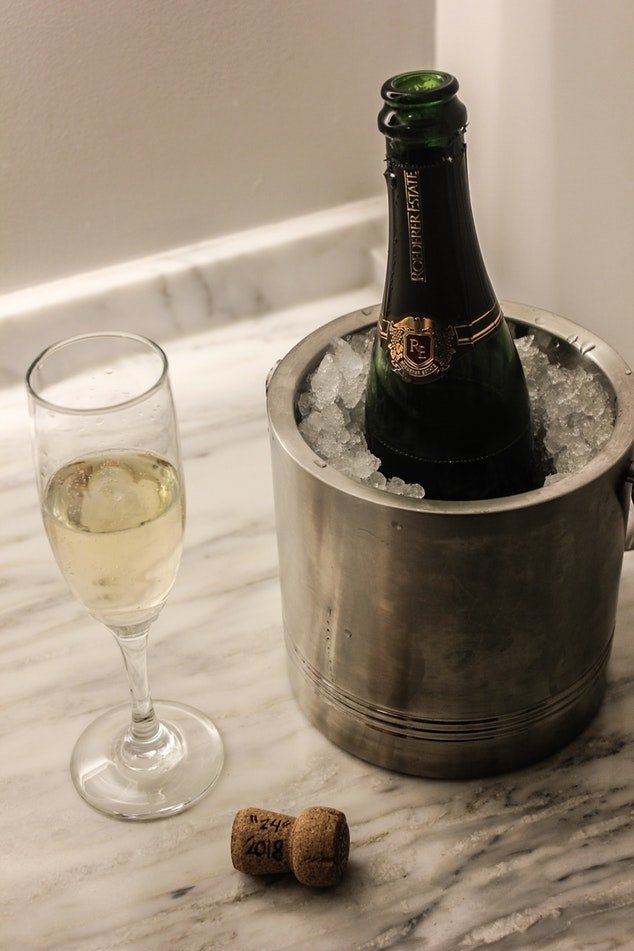